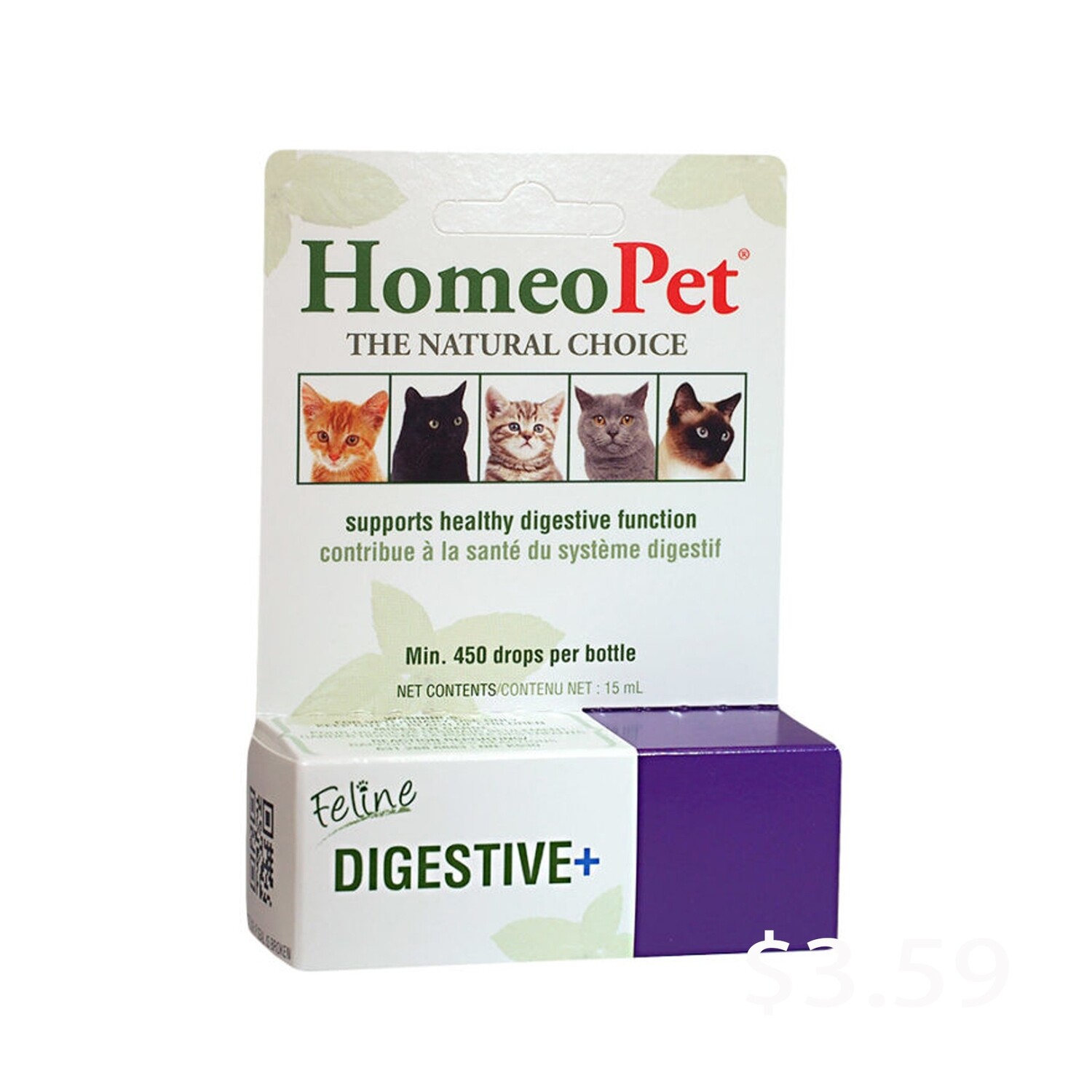 No harsh chemicals, no known side effects in and easy liquid dosing medicine. Safe for kittens, pregnant and nursing cats.

None known, other than reversible effect of over dosage. Over dosage will result in a return of symptoms after the symptoms have initially disappeared. Where a return of symptoms occurs while on the medication, ceasing to use it will alleviate the effect. Patients who are hypersensitive to homeopathic preparations will show response to a single dose, which may not need to be repeated for some time. For this reason therapy should always start with a single dose the previous day and should a major response be seen, therapy should not be recommenced until symptoms relapse, and then only a single dose given for maximum effect. Although no evidence exists to the contrary, care should be taken with its use in pregnant animals as low potency homeopathics are historically not regarded as totally safe in pregnancy, despite their lack of chemicals. Should a suspected adverse reaction be seen or advice needed, please contact HomeoPet, LLC. Contact your veterinarian if problems persist.

Save this product for later
Display prices in: CAD